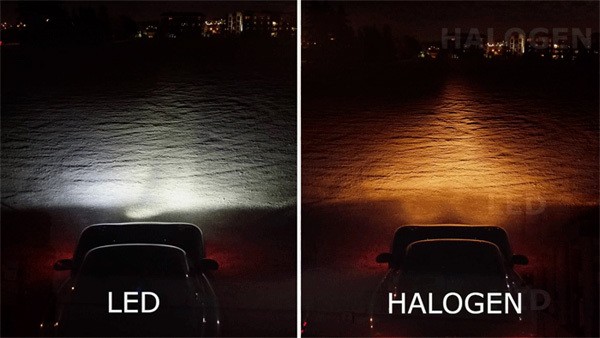 LED vs Halogen: Which One is Better for Car?

One of the most common problems car owners have nowadays is deciding whether they should buy halogens or LEDs for their headlights.

Especially old owners who are accustomed to buying halogens now find these new LEDs and have no idea what they do. New car owners may find that both sound cool and get confused about which one to pick.

Either way, we’re going to help you in this article. You’re going to learn the differences between LED vs Halogen and which one will work better for your car.

Whether you’re looking for an improvement or just replacement of your defective lights, this article will give you a heads-up. Keep scrolling and learn!

What are LED Lights? 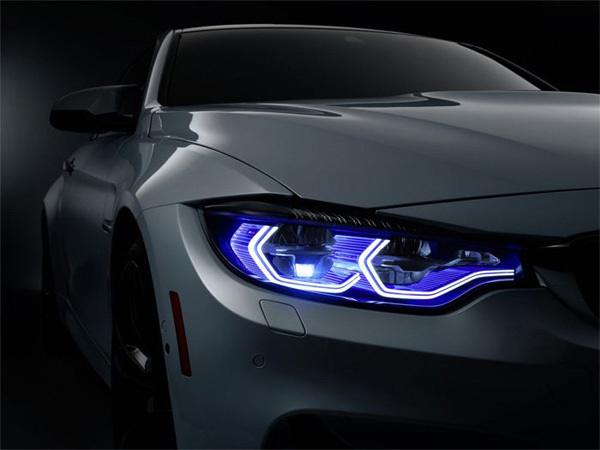 Let’s say you have no idea what these types of lights are about. Well, let’s then give you a brief explanation of each. We’ll start with LEDs.

When someone says LED, they’re referring to a light-emitting diode. The light comes from this diode that brightens up with electricity. It is made of a semiconductor soldered into a chipset or circuit board.

When the electricity reaches the semiconductor, electron particles reach the diode and generate energy that produces the light.

This method of creating light is efficient, super-bright, and produces little to no heat. That’s why LED lights are among the most sought-after types of lights in the market – especially in the automotive industry.

What are Halogen Lights? 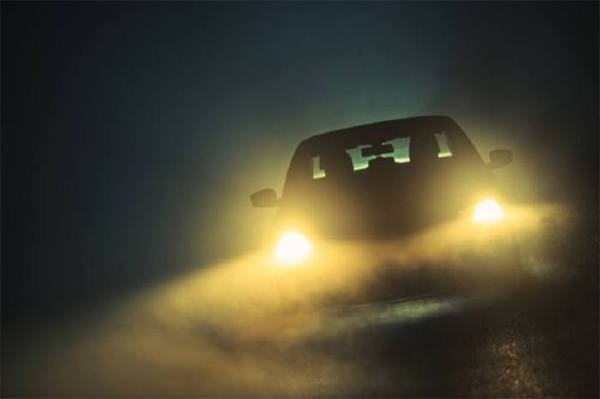 If you want to understand the difference between halogen light vs LED, then you also need to learn how halogens work.

For halogens, you won’t find semiconductors or chipsets. Instead, they use a tungsten filament (like an incandescent light) inside a halogen gas-filled glass.

When the bulb receives electricity, the filament heats up and produces a chemical reaction with the gas. The more electricity that gets into the filament, the more the bulb will illuminate or brighten up.

This construction is pretty cheap to replicate. That’s why halogens were the standard in the automotive industry for decades. But they’re not anymore.

LED vs Halogen: Factors to Consider 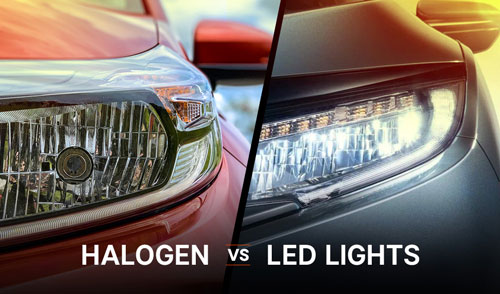 So, what happened? Why aren’t halogen the standard anymore, and why are LED bulbs gaining popularity so fast? Well, that’s what you’re going to learn in this section.

We assembled a list of factors that everyone should consider when buying a new set of headlights for their car. Then we compared how each type of light performs in each. Here’s what we found: 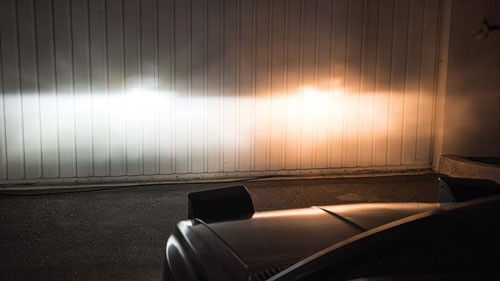 When it comes to installing new lights on your car, you’re probably looking for something that can brighten up your path well enough. Even through fog, rain, and even dust – the light should do it all.

Here, you will find that they both perform well. But LEDs are indeed the best at getting super-bright.

Why does this happen? It’s mostly because LEDs are more efficient (we’re going to explain that later), so their use of energy is a lot better, helping them create many more lumens per watt.

Halogens aren’t too far behind, though. A high-quality set of halogen bulbs can be almost as bright as a standard LED set. But the difference is still noticeable.

So, between LED vs halogen headlights in terms of brightness, LEDs are the winner. No contest. 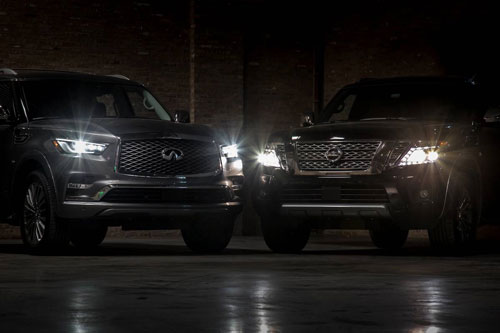 We already explained that LEDs use less energy, so they’re brighter. But how efficient are LEDs in comparison to halogens?

You may be surprised to know that they can be up to 90% more efficient than halogens. Yes, you read that right.

A regular LED will use about 8 watts, which is less energy than a standard halogen light using over 80 watts each. And if you get an efficient LED, you may get 90% or more efficiency than any halogen can produce, bringing the watt consumption below 6 watts.

So if you’re looking to install something efficient in your car, then you may want to give LEDs a try. 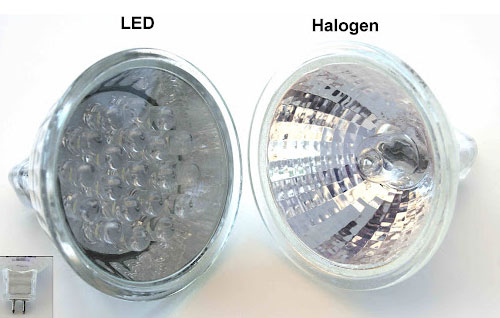 Considering the efficiency, you may also guess how much heat each type of light produces.

We’ll start with halogens. Their energy efficiency is not the best, so they tend to use about 80-80 watts of energy to produce decent brightness. Because they use a lot of energy, they create a lot of heat.

LED bulbs are entirely different. Not only do they use less energy to produce light, but they also transform a lower percentage of that energy into heat. Regular LEDs will convert a maximum of 20% of their energy into heat, which makes them cooler than halogens.

Obviously, you will find that LEDs are often cold to the touch. You can safely touch a LED that’s been working for hours without burning your fingers at once. But feel a halogen even after a few minutes, and you’ll end up with marks on your skin. 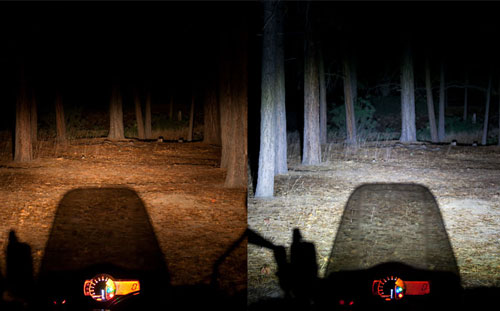 Sure enough, LED bulbs last a lot more than that. Even a low-quality LED can last 20,000 hours without problems. If you get a high-end model, you may get 50,000 hours of use or more.

Why is the difference so much? Well, as you may guess by the heat halogen bulbs produce, they tend to wear down a lot faster. At the same time, the thin filament on halogens is way more fragile than the diodes on LEDs, so car vibrations wear them down quicker than LEDs. 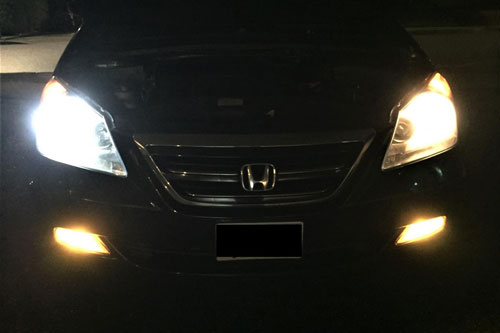 Let’s say a LED bulb falls. Will it break? It could, but they rarely do so from a short distance. Most LEDs are shatterproof, especially the ones with high-quality plastic builds like polycarbonate.

Will a halogen bulb break? Probably not if it has a sturdy glass, but the filament inside may fall out of place or crack, which makes the bulb unusable. And because the filament is vulnerable to vibrations, they may also break over time. 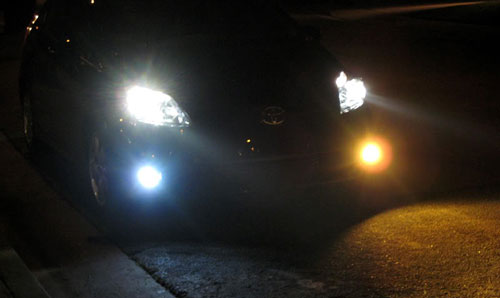 Most halogens and LEDs are safe to use and handle. Even the cheapest manufacturers will make sure to produce something that doesn’t harm users.

But even then, halogens are often less safe to use than LEDs. As you may guess, the halogen gas inside the bulb is not necessarily poisonous to humans. But it can cause respiratory problems and may cause slight reactions on the skin.

At the same time, halogens produce infrared light, which can be damaging to other materials. And because they heat up a lot, they can also be a fire hazard.

LEDs, on the other hand, don’t have anything you should worry about. They don’t contain chemicals, don’t produce any infrared light, and don’t heat up much to become dangerous.

Another massive difference between LEDs and halogens is how their color can vary. The color temperature is measured in Kelvins (K). Daylight temperature, for example, is at about 5,300K.

So, how do LED and halogen bulbs differ then? Well, you will find that LEDs can have color temperatures ranging from super-bright bluish light at 10,000K to as low as 1,000K for a bright red color.

This will depend on the purpose of the light, of course. LED headlights usually stay within the 4,500 and 6,500K range, for example.

Halogen headlights are slightly different. They produce infrared light by default, so they’re a bit yellowish at about 3,000K. But because they are limited in brightness, they don’t often go over the 5,000K range. So you will rarely find them grayish or bluish.

Once again, LED lights are the superior type. They can handle a wider temperature range, making them more versatile, no matter the type of headlight you want. 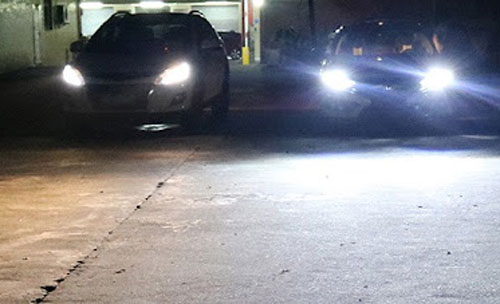 Then you may want to consider which one is more practical between a halogen vs LED car light. Sure enough, LEDs still win the contest.

Because they use less energy to yield more light, they can be smaller. This small design gives them extra room to fit even in the tightest spots. That’s why LEDs are the most efficient investment you can make because they can go almost anywhere.

At the same time, LED lights work wherever incandescent and halogen lights work (most of the time). But you can’t use a halogen bulb in a LED bulb port. So they’re also a lot better in that sense. 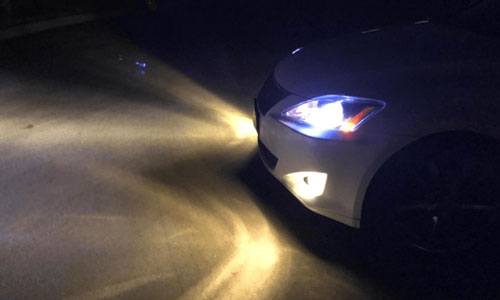 Last but not least, you’ll want to know how they differ in price.

This is the only factor that halogen headlights have an advantage over LED bulbs. Because they’ve been made for decades and their production tends to be pretty cheap, halogens often cost between $2 for a regular model, up to $10 if you want a quality halogen headlight.

LEDs, on the other hand, won’t be cheaper than $10. And if you want a high-end LED light, you should be ready to spend no less than $50. Luckily, this investment is totally worth it for their efficiency, durability, brightness, convenience, and safety.

Halogen vs LED: Which One to Choose?

What type of headlight should you get for your car then? If you read the article word for word, then you already know there’s a clear winner.

In the battle between LED vs Halogen for car, a light-emitting diode or LED headlight gets the trophy, by far.

They’re brighter, cheaper, more practical, cooler, safer, and way more durable. While they can be a bit pricey, they’re worth each buck.