High Beam vs. Low Beam: What Are Their Purposes?

A vehicle to the automobile has different parts, and it should come as no surprise that each part has a pre-defined function.

From the simple steering wheel to the bolts inside the engine, everyone plays their part and deserves due credit.

One key component that people tend to focus on a lot is the lights. The headlights play a key role in helping you see the road ahead, and without them, driving would be close to impossible (without mass damage).

And the light from headlights is classified into two categories: low beam and high beam. Each has its benefits, and in this high beam vs. low beam encounter, we will see just that.

So, without further ado, let us begin!

Description of High and Low Beams 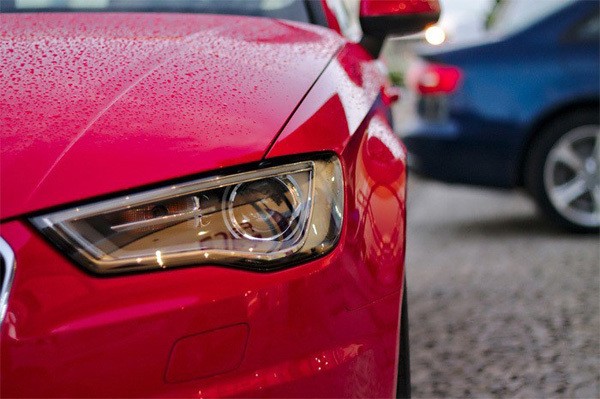 To start, let us first discuss briefly what high and low beams are. Your car has a setting for both, and you may have wondered why.

Low beams are the normal lights that are switched on when you drive at night, and are characterized by a narrow range and are usually angled downwards.

They have a range of around 40 meters and are typically used to illuminate the road ahead.

High beams, however, are much more powerful and stronger than low beams. They have more luminosity and are not frequently used. High beams are used in addition to low beams and complement them.

They are typically directed head-on and have a standard range covering 100 meters at most. 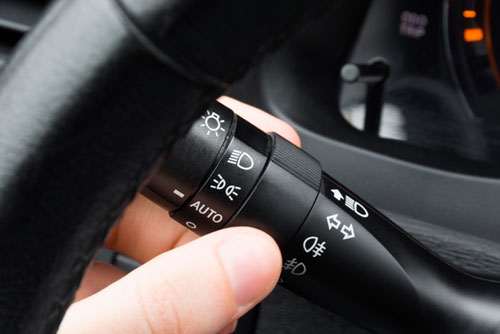 Now that you know a bit about the basic definition of low and high beams, it is time to dive into some uses and specialties.

As said before, low beams are most commonly used while driving at night, and this is because they serve that function well.

When in the suburbs, or in places with lights but dim ones, it is better to use low beams. They light up the road by focusing more light downwards, and this is more beneficial, as the road needs to be illuminated for better vision.

In areas with high traffic or the middle of the city, low beams are the way to go. They have a further advantage of not putting a strain on drivers' eyes since they have no glare.

This feature also acts as a safety measure, which allows the driver coming from the opposite side to spot you. 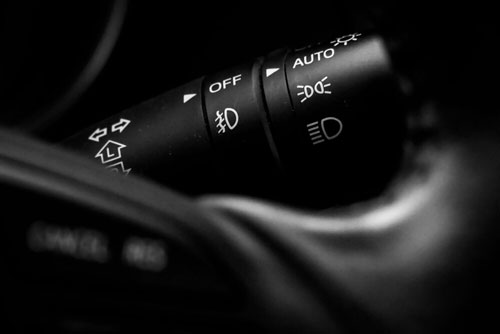 High beams are a counterpart to low beams and are used for a different set of circumstances. Imagine driving through a pitch-black field or in an area with no artificial lights.

In these environments, the light from low beams may not be enough to compensate for the low visibility, and you may want greater control over your front on vision. High beams can help you achieve this, as they are incredibly powerful.

The light from high beams is directed parallel to the surface of the road and not downwards like low beams.

This means they can be used to light up a wider space and area. In some cases, they can even light up a range within 100 meters or more.

Another use of high beams which many people use in an incorrect manner is to alert or notify other drivers of your presence. This is something many people know about, about using improperly.

And the rule of thumb here is that you should not flash your light while another driver is within 500 feet or less. In these cases, the light will blind the other driver temporarily, and this could have drastic consequences.

However, if you see that the driver is beyond 500 feet away, the road up ahead is very dark, then it is prudent to flash your high beams once or twice at most.

Too much of it could confuse or irritate the other driver, and flashing lights are also a health hazard, as they can trigger seizures. 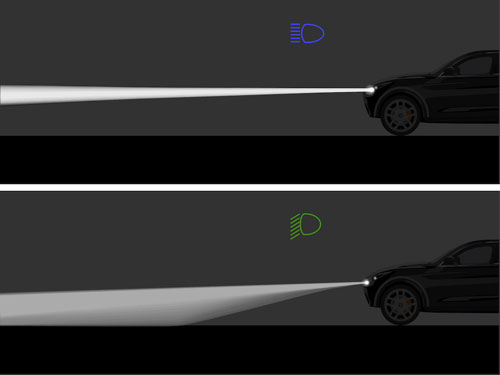 Before we wrap things up, let us quickly go through a quick comparison between low and high beams. 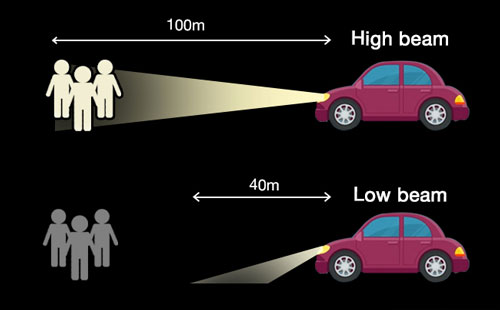 For short-range visibility, and to ensure you see the road just ahead of you, low beams are sufficient. 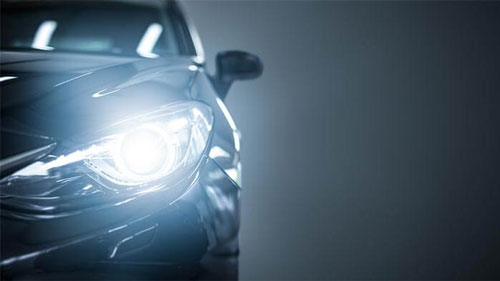 High beams are a better choice to signal or alert other drivers, as compared to low beams. The light is more easily noticeable and cannot be missed.

Low beams shine at constant luminosity and may not always be noticeable until the last moment. 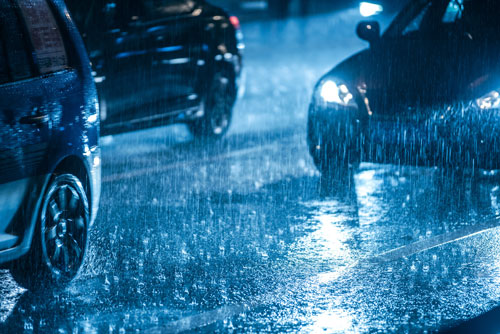 Low beams are ideal to use during rainy nights or days. The light goes through the water droplets and allows greater visibility.

For high beams, the light is actually reflected, and this seriously impedes vision, contrary to popular thought.

To wrap up this discussion of a high beam vs. low beam, we will end by reiterating our main point: both lights are useful and serve the purpose they are made for.

While one prevails over the other in some conditions, the other usually does well in certain environments. So, use both as the situation requires, and remember to use them wisely. Happy driving!

How to Take Care of a Car Audio Battery
Top 7 Best Car Audio Batteries: Reviews 2022 (Updated)
Why Do Jeeps Have Two Batteries?
How to Remove Bed Liner from a Truck Bed
Best Spray on Bedliner for Trucks: Recommendations for 2022
Which Type of Fire Extinguisher is Right for Your Car?
Using the Car Fire Extinguisher Safely
How To Maintain A Motorcycle For Long Lasting Performance?